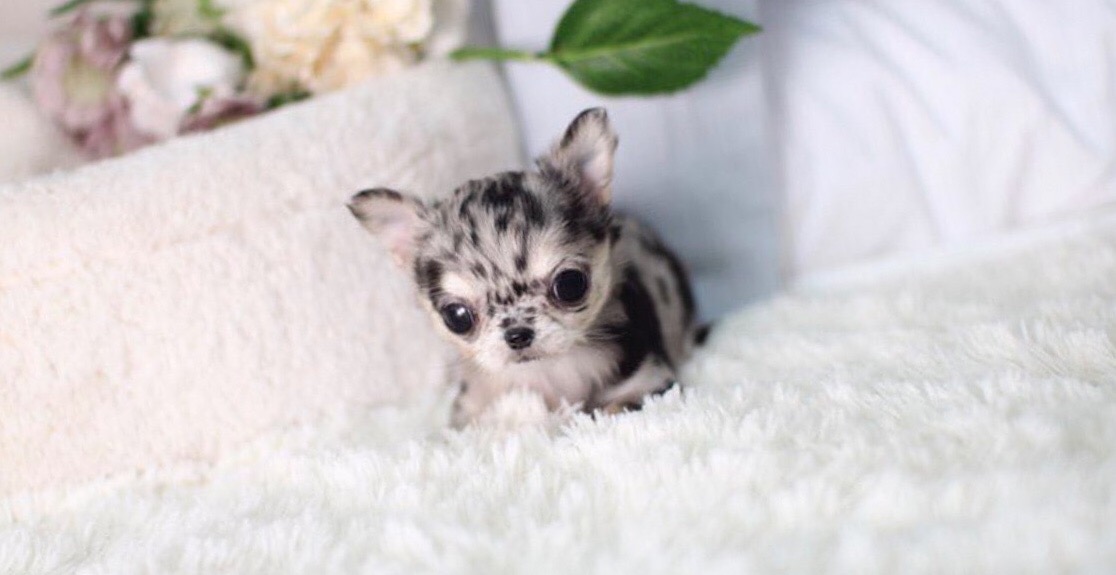 What is a Merle chihuahua?

The Merle gene is not a natural occurrence in chihuahuas which is evidence of cross breeding somewhere down the lineage. Around a decade ago the Kennel Club has taken a stance against the Merle chihuahua by ending registration of chihuahuas with the Merle gene. The stand against this is applaudable considering the health issues involved.

The controversy involving this coating is the major health risks involved with the type. Merle dogs of all breeds have a very high risk of being born blind or deaf. Some may not be born this way, but later may develop the health conditions. The chihuahua may suffer from full deafness or partial deafness, skeletal problems, heart problems, and reproductive issues.

Breeding two Merle parents together should never be done, as the risks for the pups being born with these conditions are extremely high. So high that the kennel club has banned the registration of Merle chihuahuas. We highly dissuade the breeding of these types of chi’s together so as not to punish any dogs life in such a way.

Some suggest that breeding a solid colored Chihuahua’s with a merle have safe outcomes. Contrary to these suggestions, studies have shown that even when doing this, there are still a significant amount of pups born with these health problems. Some Merle chihuahuas however are lucky and live their entire life without suffering from any of these symptoms.

However some dog owners do love to own and care for disabled dogs. My faith in humanity is always restored when I see people posting pictures or videos of themselves loving their blind dogs.

Or also known as a cryptic merle, is a chihuahua that contains the merle gene but doesn’t show any signs of being a merle. The identifiable coating colorations and blue eyes may not occur in the chihuahua. Scientifically named an “atypical merle” the phantom merle is still able to produce merle pups.

Regardless of the controversy and pitfalls involved with this style of chihuahua coating, buying one will set you back quite a pretty penny. Anywhere from $2,000-$10,000 everywhere you look. Not to mention the hidden health cost fees involved with owning one. If you do happen to find one for a few hundred dollars, you are either lucky or there may be something very wrong with the dog.

The coating on these chihuahuas are remarkably beautiful and the price tag is a direct relation to that. You may wish to inquire on the parents of the puppy to make sure both parents aren’t Merle, as the puppy runs a higher risk of health conditions.

Please be aware that these dogs suffer from many health conditions and if you do decide to purchase one, please take care of the health of the Chihuahua as responsibly as you can.